DOCTOR DRU @ B ONE 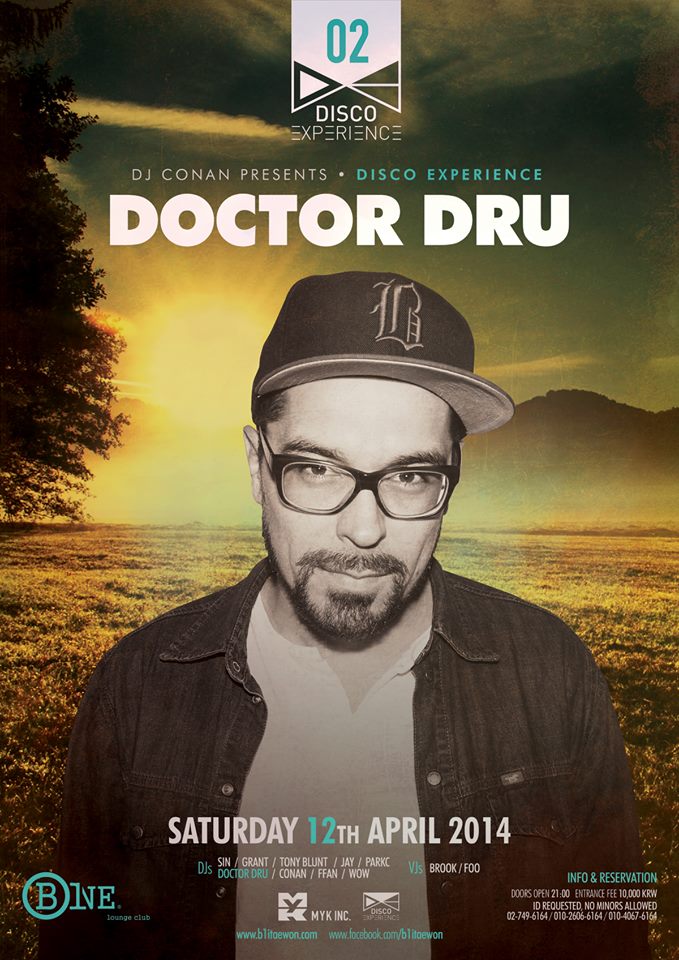 It all started, when Doctor Dru was a little boy treating his mothers pots and pans with his drumsticks. Three priorities dominated his youth, the Snare, Skateboarding & Soul Music. Soon his professional drumming career took him around Europe, supporting artists like R.Kelly in sold out concert halls. A skateboarding accident left him with two broken arms and put an abrupt end to drumming. Tweaking a mixer was still possible, and so the affair with an atari and a drummachine began. The subsequent years were about honing his production skills and spinning vinyl at numerous parties and clubs. Before long he was producing a wide variety of artists including one of his heroes, Bootsy Collins.

In 2010 he founded the label JEUDI Records, with like minded friends from Baalsaal, Hamburg and the following year saw him ghostproducing for other DJ´s and debut his own material. “Ooh Gosh!”, his debut EP sat in the Top 5 of the dancecharts for weeks. Doctor Dru was also the producer behind “Juicy Fruit”, the 2011 summer hit and success story of Exploited’s new sub label Blackjuke Box; and of the “Anymore” EP in collaboration with his buddies Adana Twins, which came out on BAALSAAL records. Recently he has teamed up with Adana Twins again for their breakthrough: the “Everyday” EP on Exploited . With his current release “The Voice Of Dru”, a smashing deep disco edit, at Nr 1 on the Beatport, Deep House Charts and with so much behind him already, we’re excited to see what the future holds for Doctor Dru.