Some people call him [chi-mӕn] and others [chi-mʌn]. He says the latter is right. He was a dancer and started his DJ career in 2000. Today he’s deeply into classic house music, playing both analog and digital stuff. Let’s jack! 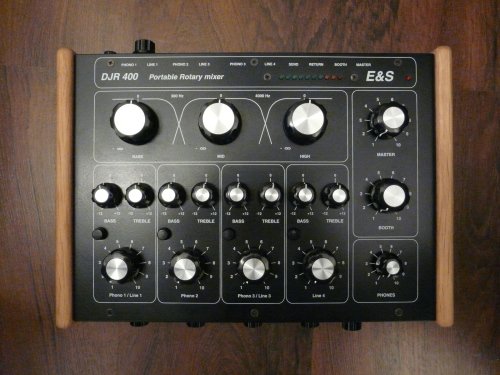 Hi, Chiman. How are you these days?
I’ve been busying working on the PRESS WORKS, a printing agency I made. When I have a day off, I just try to take a rest and do nothing. If do something, I just listen music or go out and meet friends.

Oh, right. And thanks a lot for the mixtape! What kind of music did you include in the mix?
The tracks I chose might be a bit obvious or very well-known, but the set is perfectly organized at the same time. Moreover, I played my favorite tunes. The first song is the dub version of ‘Face It’ by Master C & J, which is the best classic house tune in  my opinion. The last one is ‘7th Heaven’ from the album ‘Frankie Knuckles Tribute’ by Ron Trent.

Sounds very housy. Is this your genre or do you collect other stuff as well?
I love soul and jazz these days. There are some nice places for music shopping in Seogyo-dong. I used to visit Seterecords for example. For house music, I check Freerange records and Yoruba records. I always try to find brand new labels and interesting rookies, too, and also some online shops like Juno, Traxsource or Downtown304 are always a good starting point.

So you also like ‘hand-made music’, right? Do you have any musical background yourself, too? Did you play an instrument before starting DJing…
Well, I didn’t study music seriously, but I was a dancer from my young ages and it has had a effect on my DJing I think. I was really enjoying listening music since then and finally got involved in DJing.

Cool! Some of the other DJs I met were commonly doing band music before their DJ career, but you was a dancer! It seems a unique experience.
Right. I used to go many of clubs around in 2000. I even spent 5 or 6 hours listening music in the club with just a coke. Later I bought two turntables and a mixer and I ordered 20 vinyls from Juno Records. That was the beginning.

My first live set was for a dancer’s year-end party with only those few vinyls. It was not that professional when I think about it now and I was very lucky, too. I just enjoyed making some mixes at home and then got a residency playing opening and closing sets in the legendary club Tool in Hongdae. Lots of good artist were playing there and I picked up some skills just from watching them.

Then, what do you think about vinyl? Only few DJs play vinyl only in clubs these days…
Well, I get my favorite vinyls for my collection, though I don’t always use them live. Yes, I’m able to play vinyl, but mainly in clubs I use the industry standards such as Serato, Traktor or USB system rather than vinyl nowadays. Nevertheless, more and more DJs now are bringing their records back again and the most notable one in Seoul would be DJ Soulscape.

Yeah, I also play vinyl and turntable at home rather than in clubs. BTW, I found it really interesting that you were DJing with UREI mixer on MIXMIX TV cause only few DJs are using analog equipment in Korea. What do you think about analog DJs in this digital world?
When I visited Japan for a gig in 2007, it was my first time to handle an UREI and got totally hooked on its smooth sound. Later I had some chances to use DJ Leam’s UREI mixer in Korea from time to time. It felt like quite suit my style and I finally got an DJR400 lately on Ebay.

The choice between analog and digital depends on the personal taste, I think. You just need to find what is suitable for yourself. As a DJ that uses analog stuff, I think the most enjoyable thing – and small thing at the same time – is its artwork and also I can recognize some information like artist name, instrumental player and the label on the record. It has been driving me to keep going on making and listening music.

I think so, too. One of the most different things is that we can touch LPs and CDs. I even sometime buy records without listening, just checking its artwork. But the industry is now more likely to concentrate on the digital thing and the general equipment in club are CDJs. What do you think about the current development and what do you think will the future bring?
Pioneer recently released their own turntable and almost all record shops in Tokyo already have them. That model is very well-made I think. Yes, Pioneer is now more making digital equipment, but they also don’t give up the analog thing. They realized that there is still some demand for that in the market, so more various equipment will be set for the diverse situation in the near future, I guess.

What do you concentrate on while DJing? and are their any kind of skills or talent commonly required for DJ?
To focus on selecting tracks. Understanding the scene and managing his career are important for DJ as well.

Plain and easy… So, let’s say I wanna hear you play, where can I get you? Are you involved in any parties these days?
Well, I haven’t participated in a party for a year… But the latest thing I really enjoyed was for MIXMIX TV(soundcloud.com/mixmixtv). Only some 10-20 people were there, but they really felt the taste of mine, I think.

What do you think about the development of the Korean underground scene? Do you know about any interesting projects or acts?
Well, recently I met an interesting artist, Soriheda, who does everything on his own, including designing, business, advertising, releasing and so on. That made me think  that people can make it completely on their own and exactly as they want. Hard working artist will survive in the real world.

Oh, I haven’t yet heard of Soriheda yet. I hope one day we have a chance to meet him. And what about you, are you working on producing your own music?
I pushed me so hard before, but lately I just made some drafts and sketches without any pressure and yet It is more helpful to produce creative tracks.

This will be the last question. Is there anything else you could recommend for beginner DJs?
Just play show what you love rather than what the audience seems to love.