Every since we first heard one of Suna’s out of this world dj sets, we really hoped she would make a mixtape for us. Luckily, she did and we met the co-owner and resident dj of Vurt to speak with us about the ways to express feelings through music.

Hi Suna, good to see you – finally. We’ve been looking forward to this interview for quite a while – and to your mix, of course. I just listened to it and it’s a pretty good capture of how you play live, I think. Was that your intention?
Thanks a lot and hi everyone! The mix, yes – I actually rearranged the tracks I played at the Vurt’s halloween event, ‘No Sleep’. The picture for this interview has been taken on the same day as well and I had so much fun at that time. I hope you can hear that and will like my mixtape. 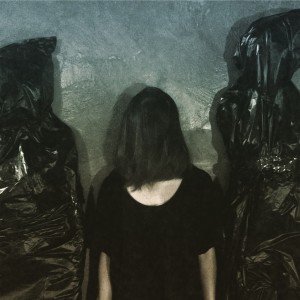 Behind the desk you are very concentrated and you look like you’re really into what you’re playing. Why is DJing so fascinating for you?
Well, it encourages me to be totally focused on music and makes me feel free from all the other unpleasant stuff you have to deal with in everyday life. I totally rely on my feelings when I play and I trust my instincts when choosing which paths to follow.

You are pretty deep into electronic music, particularly techno. That’s not very common here, how did that happen?
I think artificial sounds are very different from classical instruments and technology helps to express and trigger different emotions. Sometimes the sounds are so dreamlike that it feels like something more than reality. It can also be distorted, filtered, remixed by anyone and musicians create very unique sounds that expend our minds and imagination. I really wonder how the electronic music will develop in the future…

How did you get into music and dj’ing?
Well, I lived in Japan for a while and you can really find interesting music in all the cities over there. Many clubs would have multiple rooms and I usually avoided the main room and stayed in the smaller ones. I always felt more excited about the downtempo and abstract music they would play there. After I went back to Seoul, I was looking for the same thing, but it wasn’t easy because most of clubs here have only one stage and where they play different music. So I went to some bars at Itaewon and played my favorite music. That was the starting point of my DJ life. [laugh]

Have you ever gone abroad to DJ? If so, what is different from here?
Well, it depends on the clubs and the club culture in these countries, so it’s really hard to answer the question in a general way. However, the most impressive place for me was playing in Mongolia because I didn’t know what to expect even right before I got there.

When you play in China, you know that there would probably be more European tourists so you know that it’s okay to play some European tracks. However, I really had no idea of clubbing in Mongolia. When I got there, 90% of guests were Mongolian and the club closed at 2 a.m. which is much earlier than in other cities. I played the closing slot(main slot at the same time) and people seemed a bit unfamiliar with me at first. I felt the was some kind of gap between us. However, as time went by, they got more and more into the music I played and as the set built up, they really enjoyed it. I was only 24 hours in Mongolia but, I had a great time and it was such an interesting moment in my life.

Can you pick a word to show your style and taste?.
SUNA! It means everything.

What’s your favorite track at the moment?
Instead of a track, I would like to recommend a mix that I enjoy for 2 years already – the ‘Refracted-Podcast for T Mood’. It’s an ambient and techno set and it has a unique flow. You should check it on Soundcloud.

And do you have an the old song or track that never get tired?
It’s so hard to pick just one, but it should be one where producers put all their feelings and soul in it. I think all producers should do that and the audience, too.

Nice to meet you! See you around at Vurt!